The proposal has been discussed the 24th may

DeVault Legion Beta 0.0.1 Amount: 304 325 $DVT + Salary (See poll and Calculation) Timeline: 1 Month Total Hours Expected: 120 hours DeVault Legion, a group of community members contributing into social media exposure of $DVT motivated by rewards and prizes for their time and passion to the project. Hi everyone this is Oucan, for those who doesn’t know me at all, Math and French teacher, father, have been into crypto since early 2017 and worked for some other altcoin projects as translator…

and submitted on devault.online the 29th may and passed the 13th june.

DeVault Legion, a group of community members contributing into social media exposure of $DVT motivated by rewards and prizes for their time and passion to the project.

Important information to take in count:

Which is a group where people share airdrops and others activities for earning criptos.

In those groups we talk about devault and cryptos in general and the tasks are sent.

Not too much interaction but well task engagement.

At the moment we are using mostly Twitter as there are a big party of the crypto community in general, and You Tube as almost daily influencers upload content.

Consist on watching and comment about DeVault and suggesting to include it in a crypto top / hidden gem / projects topic video.

Suggesting to include DeVault in some polls and crypto activities as chart analysis. 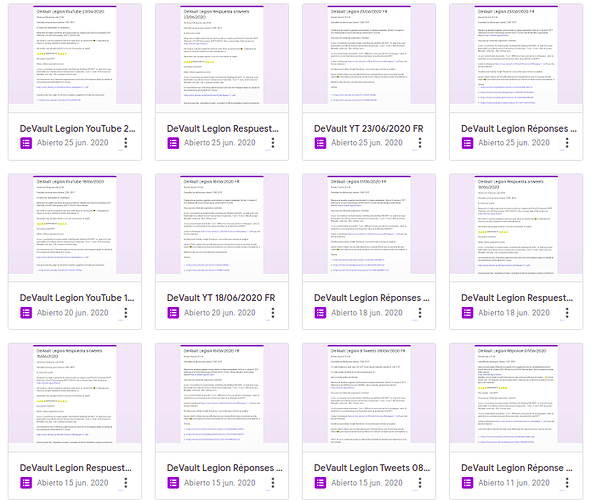 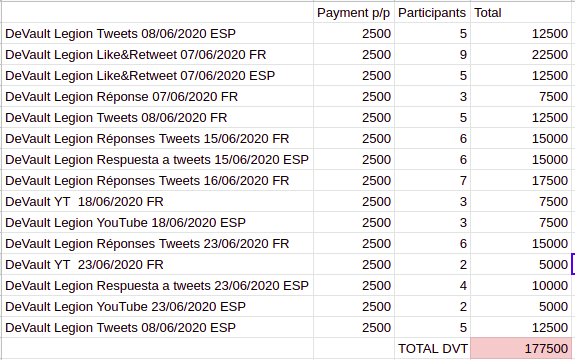 Twitter has not being too much active for organic promotion.

I’ve been invited to the Hive Mexico community, and teaching about DVT, sponsoring some contests /giveaways to the community promoting $DVT, there is @Ritch who has been helping a lot and also creating content for hive. 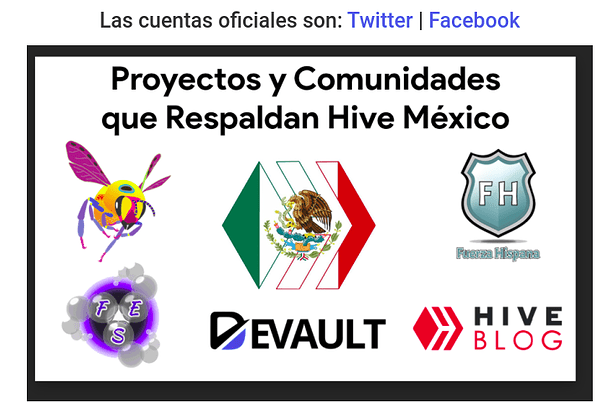 @raulucci is the main dev, atm is closed source and we will be showing more about the product in a month maybe less.

Payment: 170k DVT for starting the project (it remains the salary) will include those prices in the next proposal.

Other expenses are, Twitter /Telegram/ Hive giveaways, spanish speaking community tips and give aways on discord.

Please drop your comments and suggestions in order to strengthen the proposal.

Thanks for your time and support.