For many coins in the past, early adopters were able to buy up lots of coins at very cheap prices and then push up the price for new investors such that the earliest adopters were heavily rewarded with respect to new investors who were attracted by the rising price. While we were trying to avoid this phenomena with our shark inflation emission curve by increasing the inflation rate over time for the first 18 months, we actually suffered from a completely different and unforeseen phenomena. In DeVault’s case, the earliest adopters pushed up the price very high right after launch to an unsustainable level for the size of the community. Since then it has been steadily declining and we now have the earliest adopters at a significant disadvantage with respect to new investors.
So in order to help balance things, I’m proposing to change the shark inflation emission to reach a peak after either 6 or 9 months instead of the originally planned 18 months. This will not only help the earliest adopters but is also important that we can sustain a budget large enough to fund development and community efforts since we are self funded. Since the budget funds are percentage based, they will also decrease along with mining rewards, but it is hoped that the overall reduction in coins should help compensate for this and add some extra value as well.
Looking for feedback on when we should cap the peak, at this point, I’d pick 6 months, but we could also go with 9 if we want less change. The idea would be that the curve will be exactly the same up to that point but then start decreasing with the same sort of curve as before. Once we narrow in on a time range I can provide curves to show inflation and supply, etc.

what would the difference in supply be from the original plan and the two options?

Assuming we’ll atleast lose 1b coins off the soft cap if not more right?

Seems like a good idea though either way because I think the timing of this market plus our inflation schedule and lack of someone to bankroll the project makes it hard to go the full distance with the sharkflation concept.

10 year supply would be about 1.4 billion (9 month peak) with the same assumptions instead of about 2.6 billion. For 6 month peak we are a bit less than 1 billion at 10 years

and at what circulating supply would the reward hit, say 50 coins? Or a low number like where its basically not going to make another billion in anyones lifetime?

that would be our soft cap more or less…

So at 20 years, the soft cap for anyone’s expected lifetime aka like 100 years is under 2 billion more or less,but eventually it could break 2 billion if lasting long enough but worlds prolly going to end by then?

Yea but we’ll need a honest soft cap number that is likely, otherwise be essentially listed everywhere and perceived as having tons more inflation than we will in reality.

I think 2 billion would be honest in that circumstance, which would be a steep decrease but I’m curious as to what others think. Either way its steep, just how steep is the question.

We are already having ‘problems’ with funding. The 9 million proposal (which I have voted yes upon) for example. I believe we need to do/vote upon something that will change the early design ‘choices’. That’s what I love about this project btw. We need to be able to fund our project and thus we should look to decrease the time period. Does it really make a lot of difference 6 or 9 months? Cause I personally would rather see 6 months. I can see it driving our price even lower with ‘faster’ coin emissions, but I guess that’s the trade-off, so rather sooner than later. The quicker we hit the peak, the better imo.

There would be no speed up in emissions, hes saying we would just instead turn the reward increase off at 6 months or 9 months instead of 1.5 yrs.

Thus I believe the peak reward would change altogether and be much lower, as opposed to speeding up and hitting 1800 faster.

The main thing I wanted to understand was in say, 100 years, how many coins will there be compared to in 20 years compared to in 10 for each option I guess.

Oh then I misread it, my bad. In that case my opinion doesn’t change tho.

Yea I’m leaning towards 6 months is better too just want to understand supply implications.
It’s also basically month 4 already so something to account for as well.

I think it is a good idea. As long as we give proper time for awareness. We don’t want people saying that we changed the emissions after we loaded up in the beginning. This is something trolls will certainly focus on. It’s not the same as DASH’s fast mine, but it is similar in nature. Are we ready to defend our choice and position?

Nothing personal Bill but you are using words that people could (and will) wrongly interpret. There actually is no ‘we’ other than the community. I mean yes it is an idea a developer proposed, that doesn’t mean the community cannot ‘stop’ this by voting no. The same goes for the future. It can always be changed, or voted upon to be changed.

I do understand where you are coming from. But I believe you as well as me and many others can surely defend ourselves. I myself have bought and mined DVT since 150 sats and have put in thousands and thousands of dollars. It’s a high risk, possible high reward kinda game. That’s how it is and how it will always will be. There is absolutely no gaurantee that this will benefit anybody.

Hi Bill,
I definitely thought about those concerns and was reluctant to just change emission at the first complaints about price. It’s been a few months now and the reasoning is spelled out in the 1st post here. If this had been the plan earlier on it definitely would not have made sense to load up at the higher initial prices. People looking back should also see that the volume was much higher initially than it is now. Now that this idea is out, anyone is free to load up of course, but volume should make it clear that no one was recently loading up to any extent 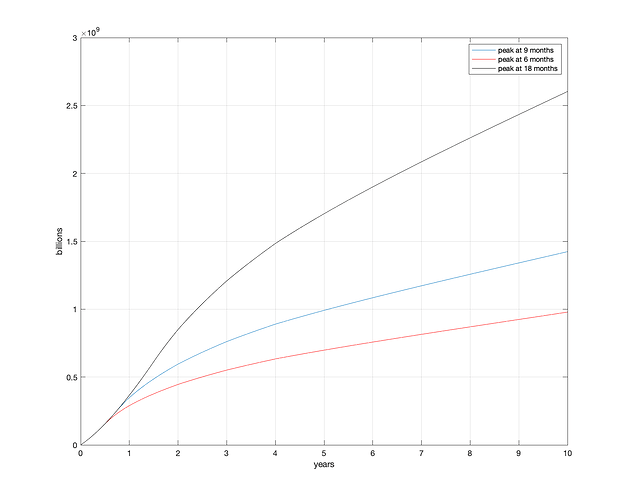 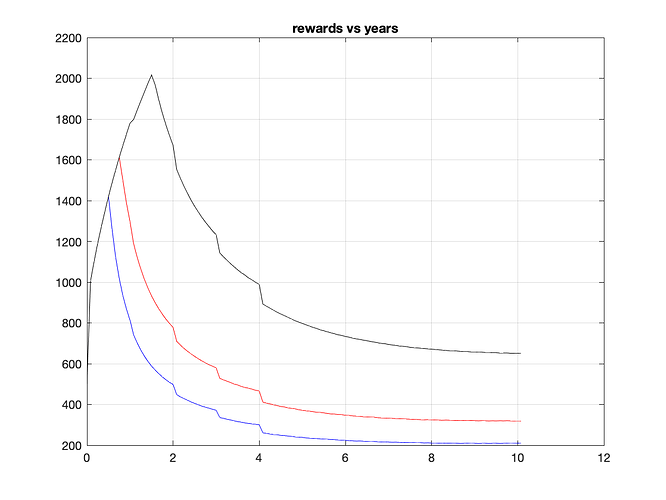